Explore our knowledge base

Basketball
Homepage
What does under 3 and under 3.5 goals mean when betting soccer?

While many people like to bet on specific teams to win games, in any sport, you can also become a very profitable bettor wagering on the totals of games.

Much like other American sports, soccer betting has an over/under for each contest played. That would be the total goals scored by both teams combined in a particular match.

Most soccer league games have an over/under line placed somewhere between 2-3 goals, with a popular number of 2.5 for many contests.

But in some leagues where the goal-scoring is slightly higher, such as the German Bundesliga or the Netherlands Eredivisie (for examples), or if a team is very prolific in front of the net, like Manchester City of the English Premier League or Bayern Munich of the Bundesliga, the over/under total line can be adjusted upwards to 3 or 3.5

A prime example of a soccer over/under total line came from a match in the English Premier League this March, when Manchester City hosted Southampton at the Etihad.

Manchester City had been scoring a lot of goals in the league, while Southampton had been beaten 9-0 earlier in the season by Manchester United, the Saints' second 9-0 loss in two seasons.

So the over goal line for the contest was set at 3.5 goals at odds of -125. The under 3.5 goals were set at +110, anticipating that the visiting Cityzens would pile in the goals.

And they were correct: the over hit in the first half, as City took a 3-1 lead on the way to a 5-2 victory. If you backed the over 3.5 goals, you had your money secured at the break.

But as I said, the over 3 or 3.5 goal totals are not always a wise play. In some leagues, such as the Italian Serie A or Serie B, the totals can be down near 2 to start the games or even 2.25 on the Asian handicap total.

So where do you place these bets online?

Any sportsbook in America will have the over/under totals on a soccer match. You can go to BetMGM, William Hill, FanDuel, DraftKings, BetAmerica, Golden Nugget Sportsbook, SugarHouse, Caesars, bet365, Unibet, Hard Rock, PointsBet, and Resorts. All have online and mobile capability.

Every month, there are more online apps launching as well, plus more states joining the sports betting fray. By the time 2021 ends, there could be six or seven more states, and over half of American states, that have some form of legalized online sports betting. 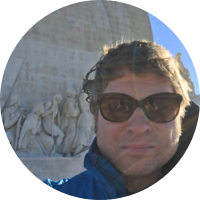 What does PK mean on an NFL Betting Line?

What is an allowance race in horse racing?

What does “dropping odds” mean in soccer betting?

What does O/U 5.5 mean for betting in ice hockey?

What does Fish means in sports betting mean?

What Causes Gambling Addiction And Where To Seek Help in USA

What is a clean sheet in soccer betting

How to withdraw money from an online casino in the USA 🇺🇸

T&C’s: If you lose your first bet, earn a Free Bet in equal value up to $500. You must use the FREE BET within 7 calendar days from the date it was awarded or the Free Bet will expire. Free Bet redemption is subject to William Hill House Rules and governed by William Hill General Terms of Service.

T&Cs: New players receive 3 X $10 Free Bets when signing up for Unibet Sportsbook, no deposit is required. Two of the free bets can be used in any event of your choosing, the other free bet must be used on a live bet market.

If you are a first time customer of 888sport, then you are eligible to claim $30 in free bets! Fill out your registration, make a deposit and place a first bet of $10. You will then receive $30 in free bets just as soon as your first bet is settled.

If you don’t claim the bonus offer at the time of your first deposit, you will have 30 days from the date of your registration to do so. Under “My Offers,” there is a “Claim Now” button that you can click.

Only bets with odds of -500 or greater count as qualifying bets. Other bets will not release the credits.

1 Person has found this article helpful. Your feedback helps us improve our work.