The Top 100 Highest Paid Athletes In The NBA - HowToBet.com

This piece depicts the top 100 highest paid players in the NBA and how much each of them make. The salaries of players comes down to many different things, players bring commercial value as well as on court ability in the modern age.

The social media followings of these players are also explored, the amount of social media followers can correlate to the salary of the player. Media and PR is a big part of modern day sport. It isn't simply about ability, image can play a huge part in securing a player a big contract. The total number of followers from the top 10 highest paid players equates to 2.3bn.

Milwaukee Bucks player Giannis Antetokounmpo is the highest paid NBA athlete, earning around $45 million per year. His success on the basketball court has garnered him a huge following of 8.4 million on Instagram, 1.1 million on Facebook and 1.4 million on Twitter.

Stephen Curry of the Golden State Warriors ranks in second place, with annual earnings of $43 million. Incredibly, his stats on the same social media platforms are almost identical.

But this HowToBet visualization also reveals that the highest social media followings don’t always belong to the highest earners. LeBron James is ranked in eighth place according to the annual earnings infographic, but he has the biggest social media following of all. A whopping 71.6 million people follow LeBron on Instagram, whilst his Facebook and Twitter accounts are followed by 23 million and 48.6 million, respectively. Some more details about the top 10 are below.

Shooting guard of the Golden State Warriors and three-time NBA champion- $35,361,360. Klay entered the league in 2011 after being drafted by the warriors. He was the eleventh overall pick. In 2014 himself and Stephen Curry broke the record for most combined three-pointers between two players with 484. This earned the duo the nickname ‘Splash Brothers’.

In 2015 Klay helped the Warriors to their first NBA championship since 1975. He was also a stalwart in their back to back championships of 2017 and 2018. He unfortunately suffered an ACL injury in the 2019 finals and missed the entirety of the 2019-20 season.

He is a massive figure and a global entity in himself. He is represented by Anta a Chinese shoe company that has collaborated with him to create four signature shoe models.

Shooting guard of the LA Clippers and six-time NBA All-Star- $35,450,412. George was tenth overall draft pick for the Indiana Pacers back in 2010. Becoming the highest drafted player to come from Fresno State.

On July 1, 2010, he signed his rookie contract with the Pacers; a two-year guaranteed deal worth $3.9 million, with team options for a third and fourth year.

As well as NBA accomplishments, he also won a gold medal in the 2016 Rio De Janeiro Olympics with the USA.

PG13 has 14.5 million followers across his social medias.

He is partnered with Nike and has many variants of the PG shoe that have become a very popular shoe in the Nike range.

He was also involved with the creation of the Nike Hyperdunk shoes that were launched in 2015.

Power forward of the Detroit Pistons and 2011 Rookie of the Year- $36,810,996. Griffin played college basketball for the Oklahoma Sooners, he was named the Consensus National Player of the Year as a sophomore.

Griffin was selected first overall by the Los Angeles Clippers in the 2009 NBA draft. In 2018 he was traded to the Detroit Pistons in exchange for Tobias Harris, Avery Bradley, Boban Marjanovic, and a first- and a second-round draft pick.

Griffin also has a massive social media precense, with 11.8 million followers across his platforms. Contrary to Paul George and Klay Thompson, Griffin has his followers shared fairly evenly across the board.

Griffin doesn’t have an official signature shoe but has partnered with both the Jordan brand and Nike during his career.

Small forward of the LA Lakers,  four-time NBA champion and four-time MVP- $39,219,565. LeBron has mountains of achievements and accolades. He has been a generational player.

The second high-school player to be the first overall pick in the draft, after Kwame Brown in 2001.

He has won NBA Championships with three different teams, these being the Cleveland Cavaliers, Miami Heat, and most recently the LA Lakers.

He became the first player to win the finals MVP award with three different teams.

The King LeBron has a huge following on all of his social media. Perhaps the most marketable player in the NBA.

A grand total of 147.7 million followers. An unbelievable number. This fame and marketability have led LeBron to earn many sponsorships with huge brands such as Beats by Dr. Dre, Coca-Cola. and a $1 billion lifetime contract with Nike.

In terms of net worth, LeBron James would easily top this list, but this is based on NBA salary alone.

Durant played one season of college basketball for the University of Texas before being drafted for Seattle SuperSonics as the second overall pick in 2007.

He was part of the same Warriors team as Stephen Curry and Klay Thompson who won back to back Championship rings in 2017 and 2018.

Kevin Durant has had a few controversies around social media and has often been found using burner accounts on Intstagram.

This major following and public image have led him to earn a shoe deal with Nike. His KD shoes have been fan favorites for years now.

He helped the Thunder reach the NBA Finals in which they lost in five to the Miami Heat. Harden was traded to the Houston Rockets in 2012.

Despite not having a ring as of yet, Harden has still established himself as one of the best players in the League. He is still widely regarded as the best shooting guard in the league.

The bearded assasin has:

The 2018 MVP also has a shoe deal with Adidas who have collaborated on many shoes with the star.

The Harden shoes are very popular with Adidas customers. I happen to own a pair myself!

The point guard of the Houston Rockets and five-time NBA All-Star- $41,254,920. John Wall was the first overall draft pick in 2010. Joining the Washington Wizards from the University of Kentucky.

Unfortunately, in the last couple of years, John Wall has been very unlucky with injury.

He ruptured his left Achilles tendon in a home accident and still hadn’t made an appearance since December of 2018. He will be looking to make a return to the NBA soon alongside James Harden.

He doesn’t quite have the social stature of the other stars o this list.

This could partly be due to the fact that he’s not played an NBA game in over two years! John Wall has a shoe deal with Adidas but is yet to have his own signature shoe.

Paul is only one of five players from the 2005 draft class to still be playing in the NBA, he was the fourth overall pick on that particular occasion.

He was drafted into the New Orleans Hornets, staying there until 2011. He then joined the LA Clippers up until 2017.

Since then, he played for the Houston Rockets, Oklahoma City Thunder and now represents the Phoenix Suns.

He signed a $600,000 a year deal with Nike after being drafted in 2005, but then went on to sign a deal with Jordan brand. He is on his twelfth signature shoe!

The CP3 shoes are a very popular choice. Paul has been around for years now and has hopes to stay in the league until 2025, which would make him the ninth player to play for two decades.

Russel Westbrook was the fourth overall pick of the 2008 draft, he was drafted by the Seattle SuperSonics who relocated to Oklahoma City and became the Thunder as we know today just six days after his arrival.

Westbrook is still yet to win an NBA championship but he has stood out in every team he has played for. He has six career games with over 50 points and is the only player besides Wilt Chamberlain to have recorded 20+ points, rebounds, and assists in the same game.

He like the others is a massive entity in himself. In 2017 he signed a bumper 10-year deal with Jordan Brand. This made him the brand's biggest name and top endorser. Over Kawhi Leonard, Jimmy Butler, Chris Paul, and more.

The second highest paid player in the NBA excluding brand endorsements is two-time MVP, three-time NBA champion and six-time NBA All-Star Stephen Curry of the Golden State Warriors who earns a whopping  $43,006,362. Stephen was the 7th overall pick in the 2009 draft.

He is a six-time all-star, he has won the MVP twice, and is a three-time NBA champion. Widely regarded as the best shooter in the history of the sport, Steph is the only player to hit 400 points from threes in one season. Undoubtedly, a future NBA Hall of Famer.

Stephen has a massive:

A total of 55.8 million followers.

Stephen’s basketball prowess and marketability have led him to many sponsorships. Including a shoe deal with Under Armour. He had reportedly met with Nike prior to signing this deal but their pitch was very flawed and they failed to pronounce Curry’s first name! A bizarre turn of events. Nonetheless, he is easily Under Armour's biggest basketball endorser.

In the last few days Giannis Antetokounmpo has become the highest paid player in NBA history (once again excluding brand endorsements) he has signed a bumper 5 year deal with the Milwaukee Bucks worth around $228 million which is roughly $45.6 million per year.

He has committed the prime years of his career to the Bucks who last won the NBA Championship in 1971. He stated ‘This is my home, this is my city,’.

Giannis has won the last two MVP awards and is a very scary player especially in paint territory.

He has also won the Most Improved Player award and the Defensive Player of the Year as well as featuring in the All-Star game four times. Incredible achievements for someone just 26 years old.

He will hope to amend Milwaukee’s recent play-off heartbreak at the hands of Jimmy Butler and the Heat and win the city their second-ever championship. Amazing player, astonishing salary, and a very bright future ahead for the ‘Greek Freak’.

Giannis’ on court ability and likeableness off it have seen him also gain quite a mass of following on social media.

He has one of the smaller social media presences of the top 10. This shows just how big of a star he is on the court, as despite not being a huge presence online yet, he is still the highest-paid NBA player of all time!

He also has a shoe deal with Nike who has collaborated with him to create two signature shoes. The Zoom Freak 1 and 2. Both very popular shoes.

The rest of the top 100 are listed below. The higher paid players are usually the players you want to be looking at when prop betting. They are the better players and have a much wider range of prop bet types as the sports books favour the bigger names. 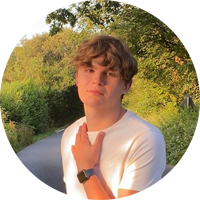 Jude is a lover of all sport. Particularly European Football (Premier League/Champions League) and Basketball (NCAA/NBA). Expert sport betting analyst. Uses facts and statistics to calculate the best ways to make money in the world of sports betting. Published journalist in the UK.

12 People have found this article helpful. Your feedback helps us improve our work.