Badugi Poker | Learn How to Play and Win at this Game

How to Play Badugi

Believed by many to have started out in South Korea, Badugi Poker is a drawing, low-ball poker game. While its origins are often disputed, the game can also be known as Padooki, which is Korean for “spotted dog”, so this seems more likely.

Either way, the first thing you will notice about Badugi Poker is that, unlike the almost universal hand value rules that govern the majority of poker formats, Badugi Poker’s hand ranking system is different from all of the others. 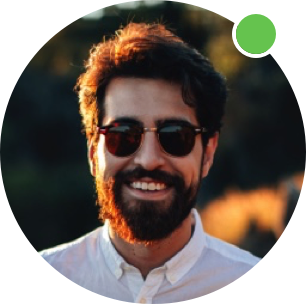 The aim of the game is to win money by holding the best Badugi Poker hand come showdown or watching everyone else in the hand fold. In Badugi Poker, the most valuable hands do not contain pairs or cards from the same suits. Straights are ignored completely. The game’s style is similar to triple draw, but here players have four cards instead of five.

Badugi Poker is mainly a limit game, but you can find pot-limit and no-limit games also. Blinds (forced bets) are used to get Badugi Poker games underway. The first of these is the small blind. This is posted by the player sitting to the left of the dealer.

The player one over to the left then posts the big blind. This is usually double the size of the small blind. Betting then proceeds clockwise around the table.

In Badugi Poker, there are three drawing rounds where players are allowed to discard as many as four of the cards in their hand and replace them. A betting round precedes each drawing round. A final round of betting taking place after the final draw of the hand.

A Badugi Poker hand must contain between one and four cards of particular suits and ranks. A four-card Badugi (four cards of different ranks and suits) is the best possible hand a player can make. Remember, this is because you cannot have cards of the same suit or rank, pairs inclusive of suits basically, together in the same hand.

When players tie their hands in Badugi (meaning players have the same number of badugis) card values will prove the definitive factor. The lower the values, the better. Aces are played as low.

Where to Play Badugi Poker

Although it isn’t as common as some of the other poker formats, Badugi’s reputation is growing at an impressive rate. Online games, both free play and for real money, are easy to find. And it is worth a try too as this is a fun and unique variant of poker where the basic rules encourage a variety of thrilling and multi-layered situations to arise regularly throughout a game.

Plus, many players play this game loosely, so there is room for players, who have nailed how this Poker game's hands work, to become Badugi Poker sharks. Just make sure that you are playing and entering your information at a site that can be trusted. You can tell which online poker rooms are safe by their license, which will be on display on the homepage.

How To Bet/Play Badugi Poker FAQ

Not really, no. But it is quite different to other poker games, so it can take a little time to get used to.

How does Badugi poker work?
+

The object of the game is to make a Badugi. A Badugi is a low hand with no matching suits or ranks.

What happens to the Ace in Badugi poker?
+

The ace is low in Badugi Poker.

Badugi Poker is one of the lesser-known variants of poker, and most players are not employing good strategies. For this reason, merely adhering to a basic strategy of low card hand selection can be enough to give you a significant edge.

Yes, it is perfectly safe as long as you make certain that the site you are playing at is licensed by a major international gaming regulator.